A Vision for Aura and Evangelisation in our Parish

Sometimes, Catholic parishes can seem like an upside down funnel where, in order to feel like we’re part of the body of the funnel (the parish community), there’s really only one entry point: the narrow end of the funnel which is Sunday Mass. While this model of church promoted massive growth in the 20th century, it no longer works; all we need to do is look at the empty pews. Imagine a Catholic community though, characterised by a funnel up the right way – the way a funnel is meant to function. 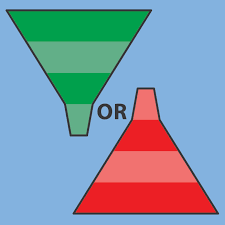 It may seem obvious but funnels function by offering a wide catchment area so that liquid is channelled into a progressively narrower area in order to reach the most important part of the funnel – which, for Catholics, isn’t necessarily Sunday Mass, but being a fully engaged person. There are, for example, people in the pews (sometimes I even feel this way), who aren’t engaged at all but are content with just turning up to Mass on Sunday. 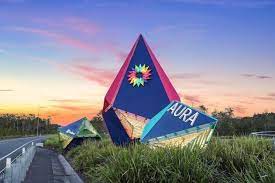 Rather than our starting point being that everyone needs to behave in a certain way in order to belong (ie. by coming to Mass on a Sunday), the image of an upright funnel acknowledges the fact that it’s ok for people to be where they’re at – even if that’s right at the top of the funnel and not part of our Sunday workshop. The upright funnel (as a model for evangelisation), acknowledges that helping people feel as though they belong is our first priority. Just think of the many baptised Catholic families across our two school who don’t feel like they belong to the parish. I’d suggest that this is our problem, rather than theirs.

We have a once-in-a-lifetime opportunity before us to be part of something exciting: being intentional about creating a Missionary Disciple culture both within our existing Hinterland and Coastal communities, and the new Aura community. Creating an intentional culture that starts with belonging means that we focus first on relationships and connections with people; then, and only then inviting them to move down the funnel through a progressive, step-by-step program of sharing our faith in a way that respects an individual’s faith journey.

We’re already being intentional about creating this Missionary Disciple culture in some areas of the parish by using Alpha as a tool for evangelisation. Very soon, we’ll also have a place of outreach in Baringa, the first completed suburb of Aura, adjacent to the Aura Sales Centre. This will be a base from which to meet, share hospitality and yes, even celebrate Mass for those who are keen. I want to invite you to be part of our mission to create an intentional Catholic culture in not just the Aura community, but our entire community. Already, a small number of Aura residents are gathering monthly with Fr Josh for a meal and to discuss and share vision around what the community could look like. If you would like to be part of this journey in any of its aspects, feel free to email Fr Josh directly to be part of something that’s already growing! [email protected]

A big warm hello to the Caloundra Catholic Community! Felicity Jones My name is Felicity, and I am ...
Read More
Third Sunday In Ordinary Time

Kingdom YA – Social Night This is a call out to all young adults in the parish aged ...
Read More
Third Sunday In Ordinary Time

This Week In Our Parish Monday 24 Jan: Adoration after the OLR Mass each Monday - All welcome. ...
Read More
Second Sunday In Ordinary Time